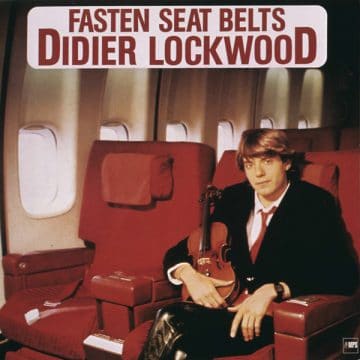 We are very sad to hear that yesterday the great French violinist Didier Lockwood past away at the age of 62. He played over 4.500 concerts in his life time and worked with such jazz cats as Dave Brubeck, Miles Davis, Herbie Hancock, and Billy Cobham.

Besides Stephane Grapelli and Jean-Luc Ponty, Lockwood’s influences include Polish violinist Zbigniew Seifert, John Coltrane, and Frank Zappa. Born in 1956, Lockwood was classically trained, but moved on to rock-inspired jazz at an early age. He followed in Ponty's fusion footsteps with the use of the electric violin, taking it one step further by experimenting in extending the sounds of the violin.

For MPS he recorded five albums under his own name ("Live In Montreux", "The Kid", "Fasten Seat Belts", "New World") and appeared on "The String Summit - One World in Eight".

Our thoughts are with his family and friends. R.I.P.

The MPS Jazz catalogue is digital available for the first time by the end of the year 2017!