In the late 1950’s and early 60’s pianist Cecil Taylor along with saxophonists Ornette Coleman and John Coltrane blazed revolutionary paths through the jazz landscape that forever transformed our perception of the music. Journalist Val Wilmer described Taylor’s play as “88 tuned drums”, and the Guardian called him an “…Art Tatum with contemporary-classical leanings”.

Fly! Fly! Fly! Fly! Fly!
For those who think Cecil Taylor’s music too ‘far out’ or who have never experienced his play, this 1980 MPS solo recording will turn your heads and change your minds! The German jazz guru Joachim Ernst Berendt enthused about the recording, “You will hear it all: blues licks and bop phrases…Tatum runs and Bud Powell…even a Boogie-woogie…” he states that, “Taylor is a master of form. The first side (1-5) of the record runs like a suite. Everything is connected.” Taylor’s poetic titles are indicative of the music’s lyricism and depth. An accessible inroad into the fantastic musical terrain of a jazz giant!

Live in the Black Forest
A leader in the revolution that overtook jazz in the late 50’s and early 60’s, pianist Cecil Taylor’s ‘Unit’ groups reflect the move towards total ensemble Play. The concept of soloist and accompanist is abolished; instead, the improvisations consist of a continual interchange of ideas between players. Alto saxophonist Jimmy Lyons played with Taylor from 1961 until Lyon’s death in 1986. Heavily influenced by Charlie Parker, his lyrical style helped tie Taylor’s style to more traditional jazz roots. Trumpeter Ralphe Malik worked with Taylor throughout the 70’s on into the 80’s. “A superb, incendiary performer”, Malik also recorded a series of critically acclaimed albums of his own. Drummer Ronald Shannon Jackson and bassist Sirone are the only musicians to have performed and recorded with the three prime shapers of free jazz, Cecil Taylor, Ornette Coleman, and Albert Ayler. The themes are loosely played melodic phrases used as a starting point for improvisation. In The Eel Pot, Taylor’s sparse, foreboding lines lead into the ensemble’s free interpretation of the theme. The piece proceeds to run the gamut of emotions, with extreme use of dynamics and space. Sperichill On Calling begins with an exquisite piano solo, moves to an ensemble march on into Lyon’s slashing solo accompanied by staccato violin. Movements vary from tender reflection to a seething maelstrom. Intense music that has retained its exploratory depth. 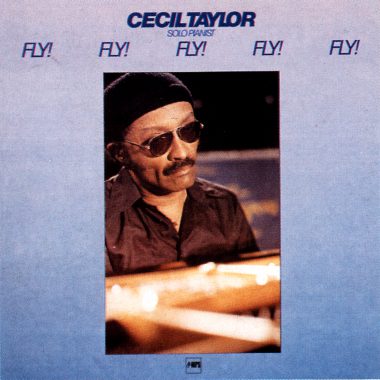