Eugen Ciceu-Cicero was born on June 27, 1940 in Cluj-Napoca, Romania. The four-year-old learned his first Mozart sonatinas from his mother. His brother introduced him to jazz. Adrian Ciceu is one of the most famous jazz drummers and jazz critics in Romania. By 1950, at the age of 10, Cicero gave piano concerts on the radio in Bucharest. Aurelia Cionca, the most famous pianist in Romania, took notice of him and invited him to take lessons from her. He later studied at the National Conservatory in Bucharest. His phenomenal pianistic technique became quickly recognized. At the age of 16, he received first prize in the Romanian national competition for young musical performers – and had to be satisfied with a certificate because he was too young to receive the official award.
Then came the big turning point. At 18 he formed his first jazz quintet with his brother Adrian Ciceu. He gave concerts in Romania and Czechoslovakia, made recordings and played on radio and television. Then his brother, who came from jazz, went to the Bucharest Philharmonic Orchestra, and Eugen, who came from concert music, had once and for all landed in jazz.
He went to Austria and Switzerland via the GDR. There, the other musicians he had brought with him from Romania left him. Not to go home, of course, but to go to America. And Freddy Brocksieper, who has played jazz longer than any other German-speaking musician – namely, for over thirty years, brought him to Munich and introduced him to the West German audience.

When asked about a hobby, Cicero says: "I have no hobby except the piano". Counter question: "But playing piano, isn’t that your job?" Answer: "Oh yes, I had completely forgotten..." 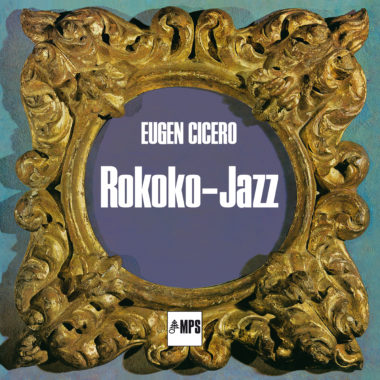