A curious happenstance in 1966 triggered the partnership between MPS head Hans Georg Brunner-Schwer and George Duke. Brunner-Schwer was in San Francisco to record the Art van Damme Quintet. After finishing the recording session one evening, he and his team strolled over to a club called the Jazz Workshop. Les McCann was supposed to be playing, but this particular day was his day off. Instead, a 20 year old pianist, still involved in his studies, was performing with his quartet. The music’s freshness so enthralled the German that he set up a recording session on the spot. This encounter between George Duke and Hans Georg Brunner-Schwer in sunny California was both accidental and noteworthy. It turned out to be the jazzy prologue to future events: five years later the American began his fusion-infused sessions for the man from Germany’s Black Forest. These sessions are the theme of this box set with its seven LPs. Some 40 through 45 years after their initial releases, these albums still count as a fascinating and essential part of George Duke’s life’s-work and canon of the genre.

The Era Will Prevail - Boxset: https://MPS.lnk.to/GeorgeDuke

“Solus” / “The Inner Source” (1973)
In 1971 George Duke, having just recently done his time with the Mothers of Invention, was engaged by the Cannonball Adderley Quintet. Beginning in April of that year, Duke made two recordings over a short timespan that on their release in 1973 as a double LP (against the desire of the artists, by the way), would be a major statement. On Chapter One of his fusion autobiography, “Solus”, Duke, along with the skeleton crew of bassist John Heard and drummer Dick Berk, tries out the new compositional philosophy he had absorbed from his work with Adderley. The album was obliged to maintain a jazzy environment, illustrated by the harmonically flowing piano improvisation on “Love Reborn” and the bop-influenced busyness of “The Followers”. But the record also signifies the importance of the keyboards in all their diverse contexts – the funky rock of “Au-right”, and the smoldering, dreamy feel of “Peace”, for instance. And on “Manya” Duke lives it up as he shows off his exuberant experimental synth side.
“The Inner Source” continues in the same vein. “So There You Go” is a downright delightful waltz featuring e-piano, whereas “Some Time Ago” is pure tonal color and atmosphere. We find an exotic gem in “Nigerian Numberumba” in which an African Lamellophone is craftily simulated with an echoplex and ring modulator. Duke also begins to vary the lineup here. "Feels So Good" und "My Soul" are reinforced with Latin percussion, and incisive horn and reed instruments (luminaries from the Thad Jones and Santana entourages). The same with the title track, a masterstroke of quintet dramaturgy, with Duke on his first instrument, the trombone. As a curiosity, two basses compete with each other on “Twenty Five”. The last piece, “Always Constant”, is a more open piece that spontaneously unfolded in the studio.

“Feel” (1974)
This album with the strange psychedelic sci-fi cover draws a tighter circle around Duke’s fusion language. The keyboard master ventures deep into his synthesizer laboratory. Their textures become a more essential component of his pieces, attaining orchestral dimensions, as evidenced in the opener, “Funny Funk”, with its smacking, squishing tongue-in-cheek dialogue between the synths. A virtuoso layering of the keyboards is also central to “Cora Joberge”, and on “Rashid”, Duke’s electronic orchestra explodes over the stormy drums of Leon “Ndugu” Chancler. Duke shows himself to be a singer with a soulful sound. Shortly before this recording he had shelved his trombone so that he could communicate more directly with the audience, as can be heard in the hymnal, dreamlike title piece. The guest list of players make for an especially exciting concoction. No less than Duke’s playing companion Frank Zappa, under the cryptic pseudonym Obdewl’l X, performs some adventuresome guitar passages on “Love” and “Old Slippers”. On the California-sunshine pop samba, “Yana Aminah”, we have a surprise visit by Brazilian Flora Purim, wife of percussionist Airto Moreira, who opens up his bag of tricks on “The Once Over”, and plays on three more tracks.

“Faces in Reflection” (1974)
In many ways, this trio recording is a milestone in the career of this young Californian. Duke unveils more of his early experiments with the ARP synthesizer, as well as a new creativity on such more conventional keyboards, as the Wurlitzer, Fender Rhodes, and the clavinet. As a result, “Faces in Reflection” is characterized by a wide variety of tonal hues. The journey moves from the explosive “The Opening” on to the tender-tinged “Capricorn”, which Duke had snatched from the Cannonball Adderley repertoire. Adderley had been the second major player he had worked with during that early period; Frank Zappa was the first. Two impressionistic solo intermezzi segue into the funky fusion escapade “Psychosomatic Dung”, with superb interplay between drummer “Ndugu” and bassist John Heard. The title piece’s secretive synth lines are the moments of calm before Duke’s passionate love affair with Brazil on the B side. The most surprising excursion on this side is the vibrant and rhythmically intricate adaptation of Milton Nascimentos’ “Maria Três Filhos”, counterbalanced by the synth laboratory of “North Beach”. Duke himself cherished the recordings; he stated that, “This was the first LP that really said what I wanted to say.”

“The Aura Will Prevail” (1975)
With its intensive quartet, this 1975 recording again mirrors how far Duke, by his own admission, had moved away from the “smug and overly serious jazz musician” and towards a master of fusion, eager to experiment and add a note of humor to the music. With Santana drummer Leon “Ndugu” Chancler, bassist Alphonso “Slim” Johnson, and the Brazilian percussion magician Airto Moriera, Duke designed stunning scenarios in sound which once more reveals him to be one of the synthesizer pioneers. On “Dawn” he paints a fanciful daybreak atmosphere on the keyboards. On “Floop De Loop” he releases funky rushing rivulets from the keyboards. Whereas on the smooth rock piece “For Love” and soft ballad “Fools”, he appears on the scene as a soulful singer. There’s something slightly naughty coursing through the bluesy, laid-back funk miniature, “Foosh”. Duke’s former collaboration with the Mothers of Invention colored his versions of Zappa’s “Echidna's Arf” and “Uncle Remus”. There’s a samba touch in the relaxed tropical magic of “Malibu”, and the outro “The Aura” also swings to a Latin feel.

“I Love The Blues, She Heard My Cry” (1975)
On the fourth album of his fusion cycle for the man from the Black Forest, George Duke substantially expanded the number of his colleagues. As before, drummer Leon “Ndugu” Chancler beats as the heart of the rhythm section, and the Brazilian couple, Airto and Flora are again on board. The ten tracks perform a stylistic balancing act. The jittery funk of “Chariot” and the smooth ballad “Someday” show off Duke’s soulful vocal flair. Flora Purim crowns the complex “Look Into Her Eyes” with her spheric sound as she and guitarist George Johnson take care of business on this stratospheric piece with its bluesy electric shuffle. With two high-voltage guitarists (Daryl Stuermer and Byron Miller), “That’s What She Said” points to the tie between rock and funk. The most eye-opening outing occurs with star guitarist Lee Ritenour stomping on “Rokkinrowl, I Don’t Know”, and its Hendrix parody. “Sister Sirene” shows that, naturally, the typical dreamy Duke instrumentals are not left off the album. An almost animistic soundscape is woven into the fabric of “Mashavu”, and “Giant Child Within Us – Ego” is a small fusion suite encompassing the spectrum from the classical to the Zappaesque finale. The title piece is indeed a blues, dished out pure and simple – a far cry from the sounds of the preceeding piece with its mountains of synthesizers. Rather, the sultry delta heat, the acoustic simplicity and raw truth of the song prevail – the blues.

“Liberated Fantasies” (1976)
The closing album in this MPS box set continues George Duke’s tendency to couple his fusion world with accessible R&B songs. Once again he shows a discernable vocal development. In “Tryin’ And Cryin” the Californian together with rock singer Napoleon Brock overlay multiple vocal tracks. On “Seeing You” Duke lays on a glaze of soulful tenderness, whereas “What The…” is 30 seconds of frivolous funning around. “Back to Where We Never Left” is a witty gem in which Duke bundles his pool of synthesizers into a united groove, whereas “I C’n Hear That” shows off synth and marimba tonal colors in dialogue, with the bass riffing on the bottom. The album flows into the final bend carrying along the sonorous richness of Brazil. “After the Love” plays with the languorous erotic colors of the tropics, whereas all the band members are allowed to shine on the epic circa ten minute title track with its hot samba flair: the rhythm section with "Ndugu", Al Johnson, and Airto Moreira’s percussion arsenal, Daryl Stuermer with his rock interludes on guitar, and Duke himself with inspired virtuosity on all sorts of synths and keyboards. 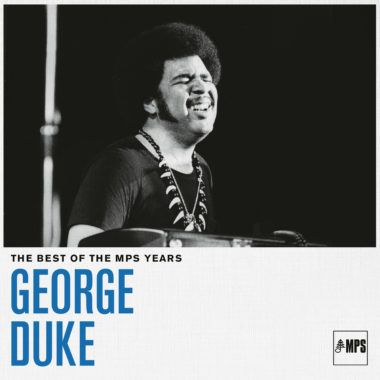