This 1974 two-album big band set counts as one of several classic MPS albums recorded live at Munich’s renowned Domicile jazz club. A master composer/arranger, American Slide Hampton stands alongside trombonists JJ Johnson and Albert Mangelsdorff as one of the greats on that instrument. German pianist Joe Haider was a mainstay on the German jazz scene at that time, and as member of the Domicile’s house band, played with most of the major international jazz players of the period. The band is comprised of a potent mix of American expatriates and Europeans, all major figures in the music. Eight of the ten pieces are penned by either Hampton or Haider, music written within the contemporary big band jazz tradition and molded by two strong creative personalities. Based on the demanding changes of John Coltrane’s Giant Steps, Tribute features blistering solos from Hampton and Ferdinand Povel on alto sax. The relaxed Grandfather’s Garden features earthy solos by trumpeter Ack Van Rooyen, Povel on flute, Andy Scherrer on soprano sax, and pianist Haider, while Think highlights intelligent solos by Hampton and Haider. On Like A Blues, Tenor sax giant Dexter Gordon starts the solos, followed by trumpet stalwart Benny Baily, Povel on alto, and trombone maestro Bobby Burgess, with bassist Isla Eckinger bringing the piece back home. The 5/4 Afro-Latin feel of Tante Nelly has Scherrer and Van Rooyen soloing, with drummer Billy Brooks also having his say. What is Happening kicks off with Slide’s flashy solo followed by Scherrer on tenor, trumpeter Idrees Sulieman, and Brooks’ drum pyrotechnics. Jobim’s Quiet Nights effects a gentle, warm bossa breeze with tranquil solos from Burgess and Sullieman. The modernistic Petaluma has a Dolphyesque Povel on alto along with an inventive Benny Bailey solo. Haider’s lovely Waltz For My Wife features flowing solos from Gordon and Sulieman, with Haider casting shades of McCoy Tyner. The night ends with Hampton’s lilting, bluesy A Time For Love, with solos from Van Rooyen, Hampton, Povel, and Eckinger. The only recording of this impressive all-too-short-lived band – what a pleasure that it exists! 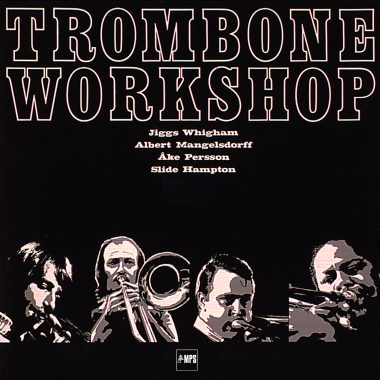 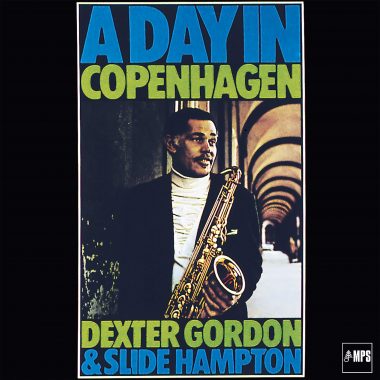 A Day In Copenhagen

Digital Release: Fatty ’78 / Give Me A Double 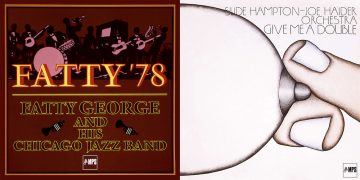 The next digital re-issues are two albums from the 70's. First a beautifully recorded and played album by Fatty George with a vibrant authenticity. The music digs deep into the Chicago jazz tradition. And second a classic MPS Records album ...

Digital Release: Fatty ’78 / Give Me A Double

The next digital re-issues are two albums from the 70's. First a beautifully recorded and played album by Fatty George with a vibrant authenticity. The music digs deep into the Chicago jazz tradition. And second a classic MPS Records album ...