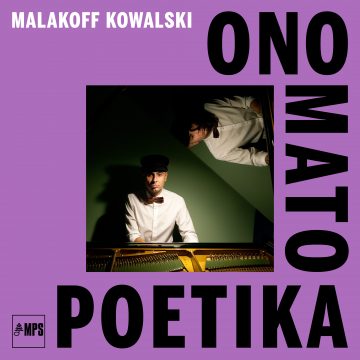 Onomatopoetika – The new album by the piano poet Malakoff Kowalski

“Brilliant. Brave, naked, intense, raw. Ultimately, that’s what real art is about: when the artist talks about himself and the listener feels he’s hearing his own story.” Star pianist Igor Levit found highest praise for Malakoff Kowalski’s last record My First Piano (2018) and continues today about the new solo piano album Onomatopoetika: “The most beautiful confession of love to Erik Satie that I’ve ever heard.”

Recently named “The piano poet” by Vogue Magazine, Malakoff Kowalski was born to Persian parents in Boston and raised in Hamburg, Germany. He currently resides in Berlin—where his new album Onomatopoetika was recorded and mixed by German Neo-classical pioneer Nils Frahm at his famous Funkhaus Studio. Described by Chilly Gonzales as “A deep and haunting piano suite. Mystical and unexpected”, the ten post romantic piano pieces are inspired by composers such as Sibelius, Grieg, Scriabin and the above mentioned Erik Satie.

“When I sit at the piano everything else disappears. As if I was in an empty movie theater with no movie being shown. At the piano I find a way to say things for which there are no words.” Kowalski has shared the stage with notable pianists Chilly Gonzales, Alice Sara Ott, Olga Sheps and Hauschka on numerous occasions.

The Best Is Yet To Come – Rolf Kühn celebrates his 90th Birthday!