Malia is known for her expressive voice. Early on, she found her way to the stage and her singing style flirted with styles from the 1960s and 1970s. Her role models include Billie Holiday, Sarah Vaughan and Nina Simone. In 2013 she received the Echo Jazz award as "International Singer of the Year".

She explored her African roots on the album "Malawi Blues/Njira", released on MPS in 2016. On her 2018 release "Ripples (Echoes of Dreams)", Malia shows another perspective on her former album "Echoes of Dreams". Her latest release “The Garden of Eve” is dedicated to the blues.

"My heart beats for a lot of things. I think that’s because I’m coming from a mixed heritage marriage. I have never felt that I am one thing or the other, I’m rather a fusion of both and my music reflects that. It feels like I am evolving as a human being and although music is merely a mean of expression, I like the idea of ​​resonating with it–if its pace suits me. Blues has always been dear to my heart: it's a cathartic experience, precious and profound, whether it's playing it or listen to it on the radio! When I first heard Billie Holiday sing ’Blue Moon’, I could feel it with every cell of my body. She had such a powerful effect on me. Sentimental blues, originating from tragic situations, sometimes even reflecting my own experiences... No matter how bad family, friends, politics, lovers, governments or society might be, they can never destroy the forces for good in this world. And as time passes by, I more and more find the truth that is rooted in my soul. And I finally feel mature enough to understand this wonderful musical tradition–because blues means life. "

And if blues means life, Malia is the energy that allows the blues to have a soul, a voice. It has been a long time since a contemporary artist has made such a beautiful homage to the blues, a style that in the year 2020 deserves to have a bit of its dust brushed off.

The Garden of Eve 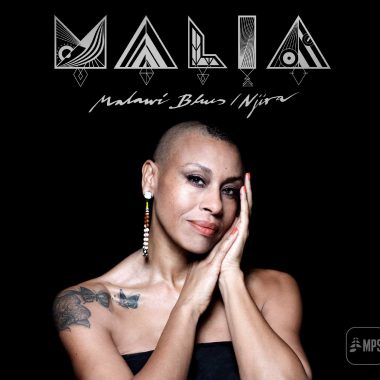