Born in Munich in 1964, she fell in love with one sound at an early age. While others were practicing Für Elise or strumming All You Need Is Love on the guitar, Barbara was fascinated by the sound of the Hammond organ.

She was eleven when the first home organ became part of the Dennerlein household. Her father, himself an organ fan, was acting a little bit out of self-interest when he bought the Christmas present. If Barbara lost interest, he could always play it himself! But it all turned out quite differently. Barbara never took her hands off the instrument again. And things didn't stop there either. The fourth instrument on which Barbara indulged in her passion was the "Holy Grail" of organs: an original Hammond long since out of production - the legendary Hammond B3.

And so began Barbara's own journey of discovery into the world of music. In addition to studying the classical repertoire of standards, she began to compose her own numbers very early on. Following first performances as a thirteen-year-old, she began to play in clubs at the age of fifteen. In the early eighties she was already celebrated as the "organ tornado from Munich". Later on, "Harper's Bazar" wondered:"How did this Fräulein get so funky?" and the Los Angeles Times headlined with: "German Organist Pumps You Up".

For years, Barbara has topped critics' polls in American jazz magazines and can call a worldwide community of devoted jazz friends her own. Yet through all this she has remained modest and uncomplicated, like the proverbial "girl next door", never failing to mention the support of her parents in interviews, and seeking emotional closeness to her audience as she takes them on a musical journey of discovery beyond the usual boundaries of fixed stylistic definitions. "To me", says Barbara,"jazz is a synonym for freedom. Freedom from prejudice and discrimination, freedom from constraints and convention. This is my own definition of jazz that I want to convey to the listener. Whether young or old, traditionalist or modernist, jazz fan or non-jazz fan." 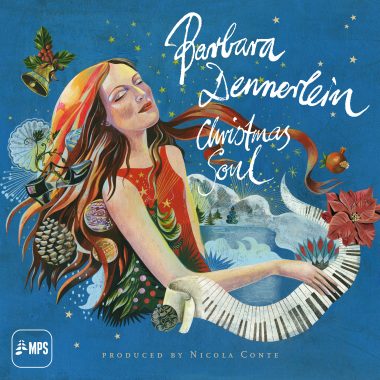