When he died at the age of 83 in October 2015, the local papers, were restrained in their obituaries. For many jazz fans and cognoscenti, singer Mark Murphy was vastly underrated; they are right, as his prolific six-decade-long artistic career attests: during that career Murphy exhibited an inventive stylistic range that covered blues to bebop on through to modern jazz.
His 1967 MPS recording Midnight Mood lands in the middle of his “European decade”, and it is one of the most beautiful, striking documents of his skills. Midnight Mood is characterized by the sophisticated dialogue between voice and eight musicians from the Kenny Clarke-Francy Boland-Big band, but it begins a cappella: Murphy welcomes us with Duke Ellington’s Jump For Joy as he walks the vocal tightrope without a net, at the same time offering us a taste of his unorthodox scat singing. With I Don’t Want Nothin’ the ensemble offers us a swinging, bluesy, mischievous miniature, while Murphy’s voice on Why And How shifts towards a noticeably darker tinge, surrounded by short penetrating solo interludes from the band. Alone Together reveals a masterpiece of phrasing over syncopated piano play; You Fascinate Me So emphasizes Murphy’s romantic ardor. Hopeless unfolds with overwhelming intensity à la Sinatra, and Sconsolato is served with a casual Hispanic flair. With subtly nuanced tenderness on My Ship and I Get Along …, Murphy evokes a depths-of-night ambience in dialogue with the keys, while Just Give Me Time reflects a dark sensuality that swaggers between Swing and Bossa. 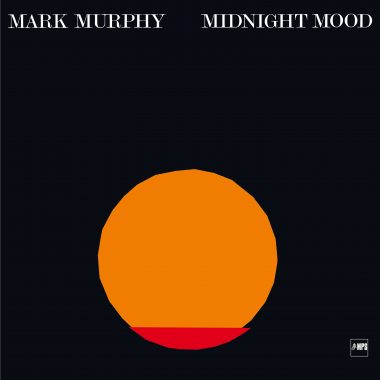