Oscar Peterson: “Exclusively For My Friends”
Blueprint for living-room concerts

“The beauty of Oscar Peterson’s sound has never been as superbly captured as this.“ (Jazz critic Gene Lees in the original liner notes)

The three letters MPS, the acronym of Musik Produktion Schwarzwald, still stand for pure musical enjoyment of the highest fidelity. Since the early 1960s, the recording studio run by Hans Georg Brunner-Schwer on the edge of the sleepy town of Villingen in the Black Forest produced hundreds of recordings which, thanks to their acoustic brilliance and unusually wide-ranging stylistics - from swing to fusion, from groove to experimental - still inspire awe among jazz fans and connoisseurs today. Over the ensuing decades, these legendary productions have been discovered by new generations.

In the context of an extensive revival of the MPS catalogue entitled ‘Reforest The Legend’, Triple A, Edel:Content’s vinyl label, has taken on the ambitious task of re-issuing an exciting selection from the catalogue on LP. The original material has been diligently re-mastered in a pure analog process and will be released on high-quality 180 gr vinyl with original covers. Who better to start with than Oscar Peterson, MPS’ undisputed pride and joy and forefather of all following releases.

The beginning of a long friendship

The pilot LP “Action”, the first living-room concert recording, presents Peterson and his musical partners Ray Brown (b) and Ed Thigpen (dr) in a supremely relaxed atmosphere: Cole Porter‘s “At Long Last Love” overflows with high spirits, two Gershwin adaptations are rendered with a lyrical and even tender touch. In the ballad “Easy Walker”, one clearly hears the balanced nature of the trio’s interplay. The undisputed high point of this recording has to be the rousing, Latin-infused “Tin Tin Deo”. The follow-up LP “Girl Talk” bears the influence of new musical partners: Sam Jones replaces Ray Brown, and Bobby Durham and Louis Hayes share the drumming. Alongside the soulful title track, the set features an elegantly swinging “Robbin's Nest” complete with exuberant finale. Peterson increasingly comes across as a solo artist, for instance in the rhapsodically interwoven medley of “I Concentrate On You“ and “Moon River”, and even more so in the harmonically elaborate opening sequence to the epic, seventeen-minute long “I'm In The Mood For Love”.

On three further releases in the “Exclusively...” series, Oscar Peterson, alongside the now regular musical partners Sam Jones und Bobby Durham, had found the perfect trio to present his solo artistic ambitions. The suitably entitled vol. 3 (“The Way I Really Play”) springs to life with a complete re-working of Duke Ellington‘s “Satin Doll” and the theatrical masterpiece “Love Is Here To Stay”. On “Mellow Mood”, the fifth chapter in the series, Peterson leads the Horace Silver composition “Nica's Dream” from a mood of lyrical composure to one of improvisational effervescence and delights the listener with a version of “Summertime” without the expected melodrama. On “Travelling On”, the 6th and final volume, the trio stretch their range of expression from the profound ballad “Emily” to the racy title track which stays true to its gospel roots. To top it all, right in the middle of the trio recordings arrives “My Favorite Instrument”, Peterson‘s very first solo record - the first record that truly displays the full scope of his artistic inspiration, from the hot-headed, rhythmically complex “Perdido” to the late-night mood of “Little Girl Blue”. “The best jazz piano album of all times”, commented the Canadian author Gene Lees at the time.

In order to stay true to the high audio quality of the original recordings, the two outstanding sound engineers entrusted with the task of re-mastering the recordings at MSM Studios in Munich decided on a special approach: Dirk Sommer of Hifi Statement Netmagazine and Christoph Stickel, who was responsible for the re-mastering of numerous ECM re-releases (among them Keith Jarrett‘s “Köln Concert”), committed themselves first and foremost to remaining absolutely faithful to the originals. They retained all extraneous sounds present on the original live recordings, including the applause of the living-room audience. Working exclusively with analogue equipment, Sommer and Stickel carried out minimal restoration on the grand piano sound, subtly boosted the bass and lightly reduced the attack of the cymbals where necessary. This is something that had not been done on previously released CD and SACD versions. To put the cherry on the cake, the carefully optimised recordings are now being released on 180 gr vinyl.

“Reforest the Legend”! The audiophile “reforesting” of the legendary Black Forest treasures, with the famous living-room concerts blazing the trail, will not only delight MPS aficionados but also pique the curiosity of a new generation and inspire them to discover a crucial chapter in German jazz history. 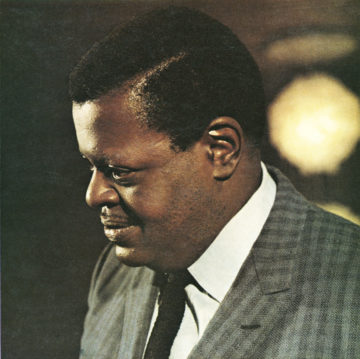 When the world-renowned Canadian pianist came to Villingen in 1961, there was a mood of intense excitement all round. Hans-Georg Brunner-Schwer (HGBS), former owner of the hifi dynasty SABA who died in 2004, had just set up the first version ...

taken from the private archive Brunner-Schwer   On July 20th (this date is often quoted incorrect) of this year MPS founder, master mind, sound engineer and producer Hans Georg Brunner-Schwer would have celebrated his 90th birthday. On this occasion we dedicate this ...

When the world-renowned Canadian pianist came to Villingen in 1961, there was a mood of intense excitement all round. Hans-Georg Brunner-Schwer (HGBS), former owner of the hifi dynasty SABA who died in 2004, had just set up the first version ...

taken from the private archive Brunner-Schwer   On July 20th (this date is often quoted incorrect) of this year MPS founder, master mind, sound engineer and producer Hans Georg Brunner-Schwer would have celebrated his 90th birthday. On this occasion we dedicate this ...