Erik Leuthäuser is an award-winning young German singer using his native language and electronics to create his own concept of music somewhere between modern jazz and experimental pop. Based on his experiences as a young musician in a big city such as Berlin the only way to be is honest and dedicated: In life and in music.

In 2017 he recorded his second studio record which will be released by the prestigious record label MPS in 2018. Produced by American bass player Greg Cohen featuring Kurt Rosenwinkel (guitar) and Joey Baron (drums).
Read more

Erik shares his time between Berlin and Helsinki studying vocal jazz e.g. with Judy Niemack. The singer released his debut album "In the Land of Oo-Bla-Dee" on MONS Records in November 2015. It includes bebop with German vocalese lyrics and was nominated for a critics prize of the German record industry called "Preis der deutschen Schallplattenkritik". In April 2016 he won the first prize at the „Riga Jazz Stage“ international vocal jazz competition in Latvia. In June 2016 he also won the first prize at the "Big Sky 2016" jazz voice competition in Moscow and in July 2016 he received the 2nd prize and the audience prize at the world renowned and prestigious "Shure Montreux Jazz Voice Competition".

Furthermore Erik was one of the Top 5 vocalists at the international "Made in NY Jazz Competition" in 2016 and he won the 2nd prize of the "Voicingers" contest for singing musicians in Poland in 2017. He sang background for Quincy Jones, George Benson, Dee Dee Bridgewater and Jacob Collier.

The young musician was also a member of the National Youth Jazz Orchestra of Germany (BuJazzO) between 2014-2016. Since 2016 he has been part of an a capella group called Wortart Ensemble (Unit Records), which sets modern German poetry to music. And since 2016 he is the singer of the Philipp Rumsch Ensemble (Denovali Records), which mixes minimal music, electronic music, pop and classical music and combines it with improvisation. Since 2017 Erik improvises with New York based Latvian singer Arta Jēkabsone (Unit Records).

Erik was born in a little town near Dresden in Germany in 1996. Erik came in contact with jazz music at a very young age through his father who studied jazz guitar and works as a guitar teacher. Early on, he started singing in a pop/rock band and took piano lessons. He won a few local talent competitions and became the singer of the „Dresden Big Band“ and the Youth Jazz Orchestra of Saxony. Erik went to a musical high school and after his a-levels in 2014 he started studying vocal jazz in Weimar with the jazz singer Michael Schiefel. Erik now studies at the Jazz Institute Berlin and the Sibelius Academy of Music in Helsinki. Erik has toured with various ensembles to Denmark, Ecuador, Finland, France, Italy, Latvia, Poland, Romania, Russia, Spain, Switzerland, Turkey and Ukraine and is appearing regularly with well known German and international musicians in clubs and festivals in Germany. 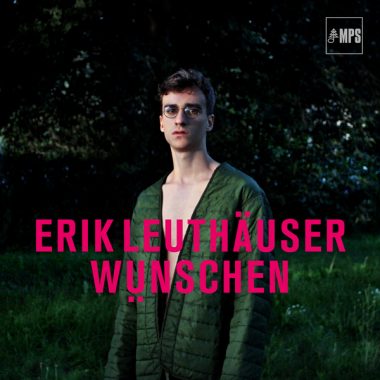