Some of the very early records in the MPS catalogue and long collector’s items. Both were recorded in 1965, a time when the Afro-American Davis lived in Europe, working with such legends as Kenny Clarke, Eric Dolphy Elvin Jones and Art Blakey.
Happy Girl: https://mps.lnk.to/nd_happygirl
“The Flute in the Blues” composed by Davis himself showcases his light-hearted flute playing is a must hear. On “Happy Girl” he is accompanied by Woody Shaw on the trumpet Larry Young on piano, bassist Jimmy Woode and drummer Billy Brooks. Probably the MPS album with the cutest cover.
The Hip Walk: https://MPS.lnk.to/nd_thehipwalk
For “The Hip Walk” Nathan’s Kansas City school mate and trumpeter Carmell Jones comes along for the ride. Jones played trumpet on Horace Silver’s classic 1965 Song for My Father – ‘nuff said about his credentials! While Jimmy Woode takes on the bass again, the quintet is completed by Francy Boland (paino) and Kenny Clarke (drums), who later on released great albums like “All Smiles” on MPS with the Kenny Clarke Francy Boland Big Band. 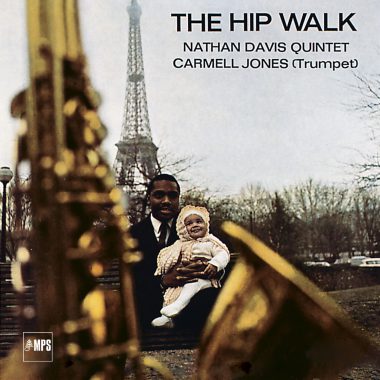